Using fully articulated hand tracking the user can use their finger to move a slider up or down, or left to right to adjust a value or variable (e.g. volume).

For fully articulated hand and finger tracking a tracking device such as the Leap Motion is needed on the VR headset. Alternatively a method of mapping the index finger position is required such as that afforded by the Oculus touch controllers.

This interaction does not have a step to engage and disengage the interaction such as a grab or pinch motion, so the system must interpret at which exact point the user is acting on the slider. How close does the finger need to be? How precise is this distance? If it requires absolute precision in terms of the fingertip just touching the slider, this may make it fiddly and frustrating as the user’s hand is likely to move a little. If it’s not precise enough then it risks acting on the slider even if the finger is some distance away and the user had no intention of using the slider. Combining the interaction with gaze or eye tracking can help infer intent in such situations, which is an approach taken by Magic Leap throughout its UI. 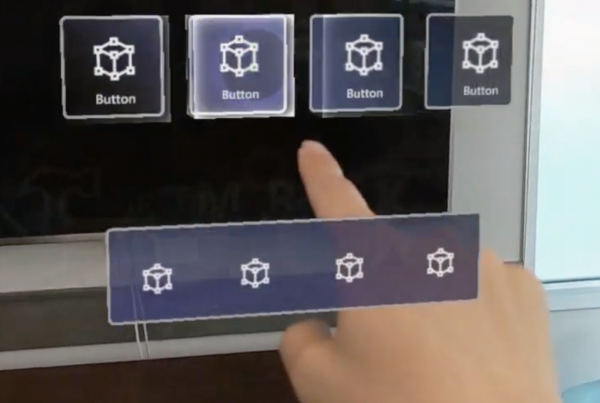